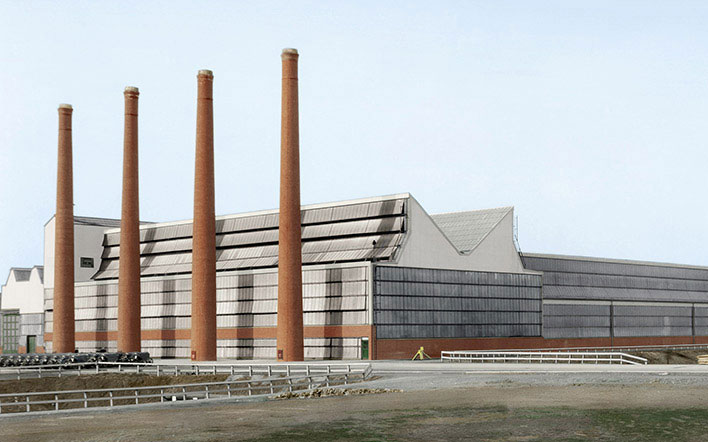 Albert Kahn is commonly referred to as the “Father of Modern Industrial Design.”

The Albert Kahn Legacy Foundation, a nonprofit based in Detroit, has submitted a proposal to the U.S. Postal Service to create a stamp in his honor to celebrate the 100th anniversary of the Ford Rouge Glass Plant, widely recognized as one of the most superbly designed industrial structures of the 20th century.

Kahn was tapped by Henry Ford to design his massive Highland Park factory where the moving assembly line was introduced to manufacture the Model T.

Kahn is commonly referred to as the “Father of Modern Industrial Design.” His designs and techniques were used by architects and engineers globally.

The foundation suggests that the stamp could be part of a series on great architects, successful immigrants or innovators.