Albert Kahn Associates (later, “Incorporated”) was a global architectural firm from early in its history. While the firm had global engagements of its own, its cousin venture, The Trussed Concrete Steel Company (Truscon), had even more. This talk surveys the global work of the Kahn family, focusing on the work spearheaded by Albert, Julius, and Moritz in international locations. Focusing on the Soviet contracts from 1928 to 1932, and the recently completed Detroit Moscow Detroit: An Architecture for Industrialization (MIT Press 2023), the talk argues that global architectural change results from the kind of collaboration and resource sharing that the Kahn brothers embraced from the earliest years of their professional lives. 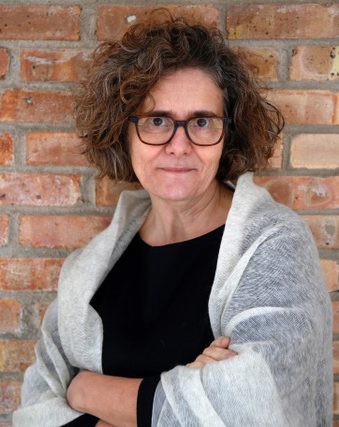 Claire Zimmerman is Associate Professor of architectural history and theory. She teaches about mass production in architecture and the built environment. Previous and ongoing projects read architectural photography and industrial building againstprevailing narratives of the profession and the academy. Current research and teaching projects include a history of carceral architecture, a project on the absence of an economic architectural history, and intersections of class, race, and ethnicity in the industrialization of the world. Her current book explores the history of industrial architecture and infrastructure in the twentieth century, and the comparative absence of such a history from professional and academic thought. Life near Detroit has brought the concrete and steel frame factory to a position of central interest in her current and future projects.

Zimmerman received her PhD from the City University of New York, her Master of Architecture from Harvard University, and her Bachelor of Arts from the University of Pennsylvania.

This event is free
Register Here!