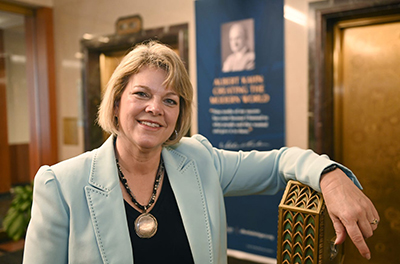 Our President Heidi Pfannes was a featured guest on Daily Detroit’s Podcast series. Heidi has long been a champion of preserving Albert’s legacy, which led her to rally a dedicated group of volunteers to launch this foundation.

During the interview, Heidi speaks about Albert, his family, and his firm’s early years. Did you know that several of Albert’s brothers played a role in the company?